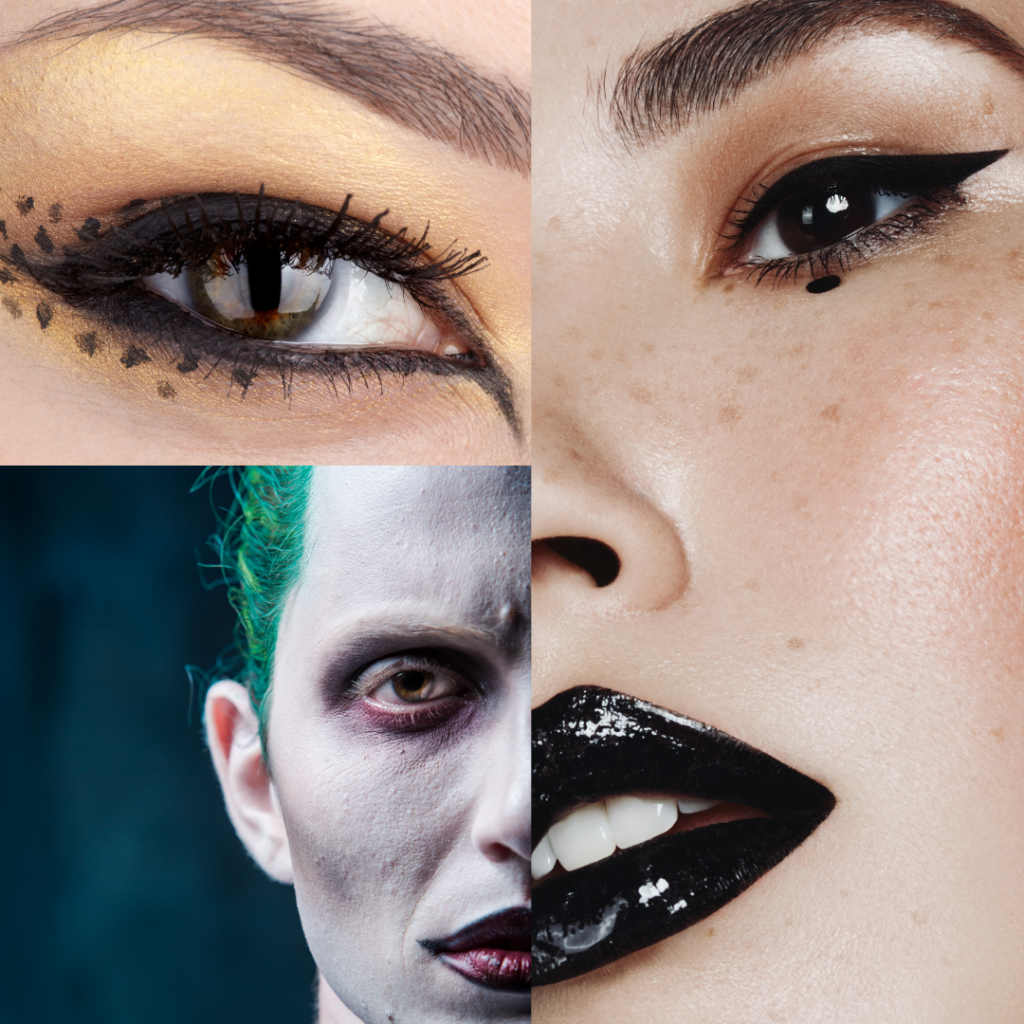 By Glow Concierge | Uncategorized | No Comments

The spooky parties are already on our doorstep, and we have yet to decide how to approach them? Is the same old witch enough? Is there anything more sophisticated, that nobody else is going, to come up with? Let’s see what this Halloween is preparing for us.

Every year Halloween is pretty much a mixture of pop culture and classical spooky characters. So, probably if you watched at least 3 popular shows on Netflix you can already predict how 90% of the party will look like. Bridgeton-like dressed Ladies, Squid Game costumes and Chess Boards (Queen’s Gambit) will overflow the parties. The question is, how to get into that 10% of the most original and yet still recognizable characters.

For a girls’ party, try looking at some top fashion events. For example, Kim Kardashian’s look at Met Gala. Spooky, easy to make and yet stylish dress of black fabric will definitely surprise your friends. In the same direction, you can always look at some music videos that were trending this year. Think Harry Styles, Ariana Grande, Nicki Minaj. These types of costumes are relatively easy to find in a simple store and customize to your liking.

When everybody else will be looking like they came from the set of the Squid Game, go with older shows. Sex in the City or How I Met Your Mother are still very recognizable and will work perfectly for group costumes.

There’s nothing wrong with getting inspired by your child’s favourite show. Or even a show you liked as a kid. Dressing up as Paw Patrol characters with your whole family can be even more fun than the party itself! Scooby-Doo, Postman Pat, Bob Ross, Totally Spice, Sponge Bob go all the way and recreate these famous creatures with your family, this will definitely be remembered till next Halloween.

Hair and Make-up are very powerful tools when creating animal inspired looks. These might not be the most original, but with all the fuzz around series and celebrities, they can often be forgotten. Draw some shapes around your eyes, and you can already look like a leopard, panda or a dear!

If you are not sure how to make an idea come true, bring it to Aleksandra. She can do Halloween makeup for the whole family in a couple of hours and make you stand out in the crowd. 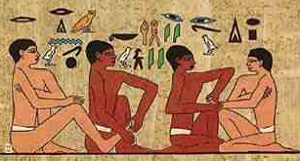 The art of nail care, finds its roots thousands of years ago. For more than 5000 years, both men and women have managed to have well-kept nails, with the assistance of nail technicians.

In 3000 BC, the nail polish a person selected in China, actually reflected their social status, for an example, Royalty wore red and black to indicate their power, and authority. In Acient Egypt, from 5000 to 3000 BC, women would dye their nails with henna to indicate their social status and seductiveness. Women of the lower class wore pastel and neutral shades, while the upper classes wore deep, bright shades.

In Babylonia 3200 BC, men, not women, painted their nails with black and green kohl, an ancient cosmetic. To prepare for war, warriors of Babylon spent hours having their nails prepared, hair curled, and other similar beauty treatments.

The mid-1800s saw the opening of the first salons with nail technicians. With the ‘Sitts Method’ gaining popularity, women of all income levels began to take care of their nails and cuticles. Dr. Sitts, was a European podiatrist who adapted a dental tool for manicure purposes. Previous to this invention, people used acid, a metal rod, and scissors to shape and trim the nails.

During the 1920s, the art of nail care began to broaden in America and Europe, at around the same time the Simplex Manicuring Kit came into existence, with the kit consisting of nail polish, cuticle remover, nail whitener, an orange stick and an emery board. This kit provided an opportunity to aspiring women who longed to become nail technicians as, it offered them the opportunity to practice their skills at home.

The nail-care industry has been growing like never before ever since the invention of modern nail polish. In 2012, the United States witnessed a surging popularity of nail art, in the same year, a short nail-art documentary was released: “NAILgasm”. The film explored the growing trend of nail art, from women across the world to high-fashion runways.

What would the next innovation in nail care be? Leave your guess in the comments under this post, we would love to hear it! 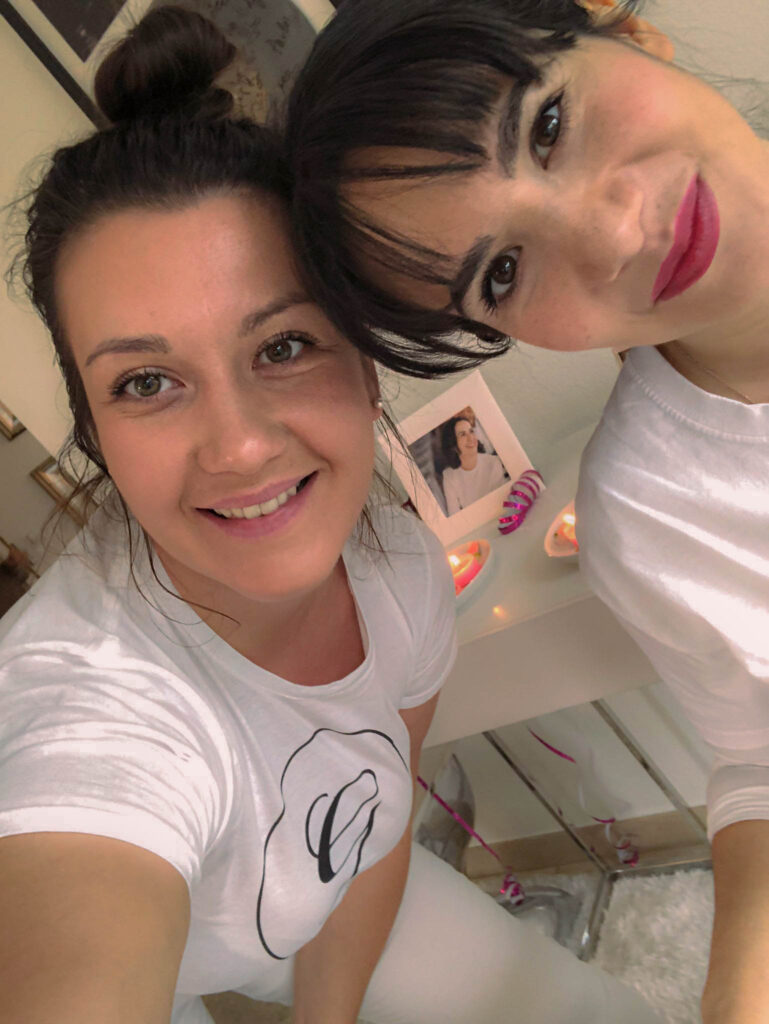 HOW WE CHOOSE OUR PROVIDERS

Glow Concierge works with beauty, wellness and fitness providers around Switzerland. We entrust these people with an important mission – to provide a good first impression of the brand. How do we make sure then that these individuals get it right?

Our every partnership starts with a test appointment. Rosamund, the founder and CEO of Glow Concierge, created this brand first and foremost because SHE needed these services. Whichever provider you book, you can be sure she had a treatment with him/her before.

It is important to us that you receive only the best quality services. That’s why Rosamund not only tests the providers herself, but also tries to get a treatment with them once in a while to check if everything is according to Glow Concierge Standards.

Allowing strangers in your home can be a little nerve wracking. Glow Concierge possesses information about each provider at all times. In more than three years of our existence, there were no major incidents. One thing we always ask people who are still having reservations is, do you have someone who cleans for you? Do you often give this person a key? Are you often out when they are in your home? If the answer is yes to any of these questions then there’s no need to think any further!

Glow Concierge was created with an idea that you can combine the comfort of your home with the pleasure of being in a salon, leaving out all the unnecessary and somewhat frustrating parts like looking for a babysitter or searching for a parking spot.

All our providers receive Glow Concierge Towels, which you are very welcome to use! As soon as you’ve made yourself your drink of choice, you will be surrounded by fluffy white towels, and all the equipment you would normally find in a salon. Andrei even goes as far as to turn on a relaxing playlist during your massage.

EARNING YOUR TRUST STEP BY STEP

We hope this article has helped you to understand Glow Concierge better. Should you have any more questions, we’re always ready to respond to them in the comments below.